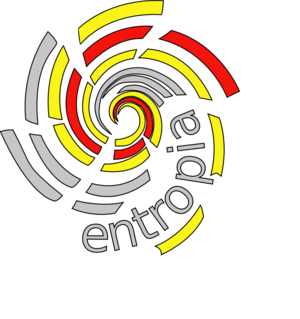 The rendering is slightly broken, sorry. Here's the SVG.

What are some obstacles that you had to overcome at the beginning of your hackerspace when you were just getting started?

The main problem was money, so people tried to get some dot-com companies to pay. Also, we had to struggle with German bureaucracy which was defeated eventually.

Describe your hackerspace. What do visitors to the space notice that is special about the space? What kind of tools and resources do you have at the space?

At our hackerspace a visitor would immediately notice the huge amount of awersome (sic!) old-skool hardware, which sadly isn't functional at all. Additionally, we feature cute party leftovers as decoration and a mind-blowing music spectrum at your fingertips. When not partying we also engage our soldering irons and mess with the oscilloscope.

How often do you meet? What happens at these meetings?

We're open 24 hours a day, 7 days a week for regulars (with a key). While we're open to new people whenever some regular is in the space, new people are encouraged to stop by on Sunday evenings because it's The Tradition. Irregularly, lectures, workshops, parties and other gatherings occur.

Describe a disaster that occurred in your hackerspace. (flood, lightning, accident or some such thing)

Once (ok, twice) a member of the space left the windows open during an evil German storm. The mac filled with water, and during a reconnaissance mission it switched on due to the special electrical characteristics of water. This caused the death of many a piece of innocent hardware. And the carpet was gone. Ever since, Entropians only refer to this disaster as "The Incident" and now are in the process of deploying N.E.R.D.S, an No-Incident Early Reponse Detection System.

What are some things that have come out of your hackerspace that you are most proud of?

Apart from creating a hackerspace with just a few lazy students and almost no budget we are especially proud of our hacker meeting "Die Gulaschprogrammiernacht" which attracts about 120 people each year. Additionally, lots of small projects are conducted and procrastinated by small groups or individual members who have very diverse interests.

Was there anything that you did that was essential to the start of your hackerspace? Do you have any advice for people who might be thinking of starting a hackerspace?

Bring many people together, don't establish any hierarchy, don't have any leaders. 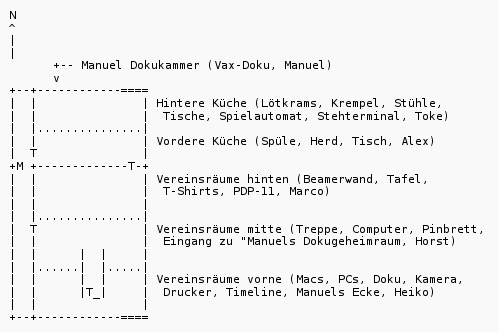 All of these drinks were painstakingly developed (or perfected), prototyped and assembled at the famous laboratories of Entropia -- Club Mate Bräu art since 2001.

The "Matler" is a drink that was developed in our laboratories, in the aftermath of the fifth Gulaschprogrammiernacht. Rumour has it, that comparable mixtures were conceived at other locations, and that they bear the name "Beamer" there.

Humans first pour the beer part in a big Weizenglas (that means about 0,198795180722892l beer in a 0,5l buffer) and then carefully adds the Mate (careful! buffer overflow is imminent!). Best served cold. Dear children: Sounds icky -- but it isn't.

BUGS: The mixing ratio could be more flexible. If it produces to much foam, pour slower!

VARIANTS: The typical bavarian "Stoiber-Matler" is mixed with the "Hackerbräu" instead of "Rothaus".

The 42 is a cocktail developed at the bar of Entropia.

We mix 3 parts of Club Mate with one part red wine and therefore get a Fnord Korea. It is not to be confused with a Seoul Mate (white wine.)

ETYMOLOGY: The mixture of Coca Cola and wine is tradionally named "Korea" in the southern German area.

The Seoul Mate is a mix drink made from white wine and Club Mate. It is way more popular than the Fnord Korea. You are advised not to use a too dry white wine and to mix 1-to-1. If in doubt use more wine than Club Mate.

The Tschunk -- The hacker's cocktail

Comparable to the nice alcoholic national beverage from Brazil -- the Caipirinha -- the hacker brews his own cocktail -- by adding Club Mate.

Fertig. The ice refreshes, the Mate keeps you awake and the alcohol adds the gemütlichkeit.

Depending on texture and taste, fill 1/3 to 1/2 of a glass with apple juice. Infuse the rest with cool and golden Club Mate. Then you have a Mapfelsaft. A little bit of ice makes the drink perfect.

The Turbo Mate (also known as Power Mate) a refreshing drink that is manufactured using champagne and Club Mate. Our research shows that it is served mainly in close proximity to the ALDI equator (for our foreign readers: Germany is divided into two parts: ALDI north and ALDI south. ALDI is a huge grocery discount market.) Traditionally, it is mixed by gut feeling and according to the needs of the user. Best served with love.

The Mazo (pronounced "maso") is mixed from 3 parts of Club Mate and one part Ouzo. It is served without ice (tradionally, there is no ice in your hacker space.)